For a couple weeks, Keegan has been showing interest in his Thomas the Train bed. Most times it’s been a fun play thing but recently when I lay down with Kai in his McQueen bed and read books, he will get in his bed, pull the covers up and be all smiles:-) But if we say “nite nite Keegan” he quickly gets up and runs to mommy and them waves to us and its off to bed like normal (on a mat in the living room). Well tonight he decided it was time to go to bed in his bed. We didn’t expect it at all but after he didn’t get up for awhile, Christina sat down next to the bed and he jumped up, went to close the bedroom door completely and ran back and tucked himself in. We all made a big deal about it and he smiled and would lay down. Then up again for us to praise him and lay down again. After doing that a couple dozen times, we had to ignore it and eventually he just fell asleep. We didn’t think this would happen for a couple more months at the earliest:-) so, tonight we will sleep in our own beds for the first days we came home from Korea. He is a toss and turn sleeper so we are hoping he doesn’t fall out of bed. We have an audio monitor but I think I’ll be shopping for video tomorrow because I couldn’t get the one on our alarm system reconfigured after relocating it. Maybe he’ll sleep there going forward or maybe this is a one time milestone for awhile. Either way it is awesome he chose to do this on his own. He must really want to sleep in the same room as big brother Kai:-) 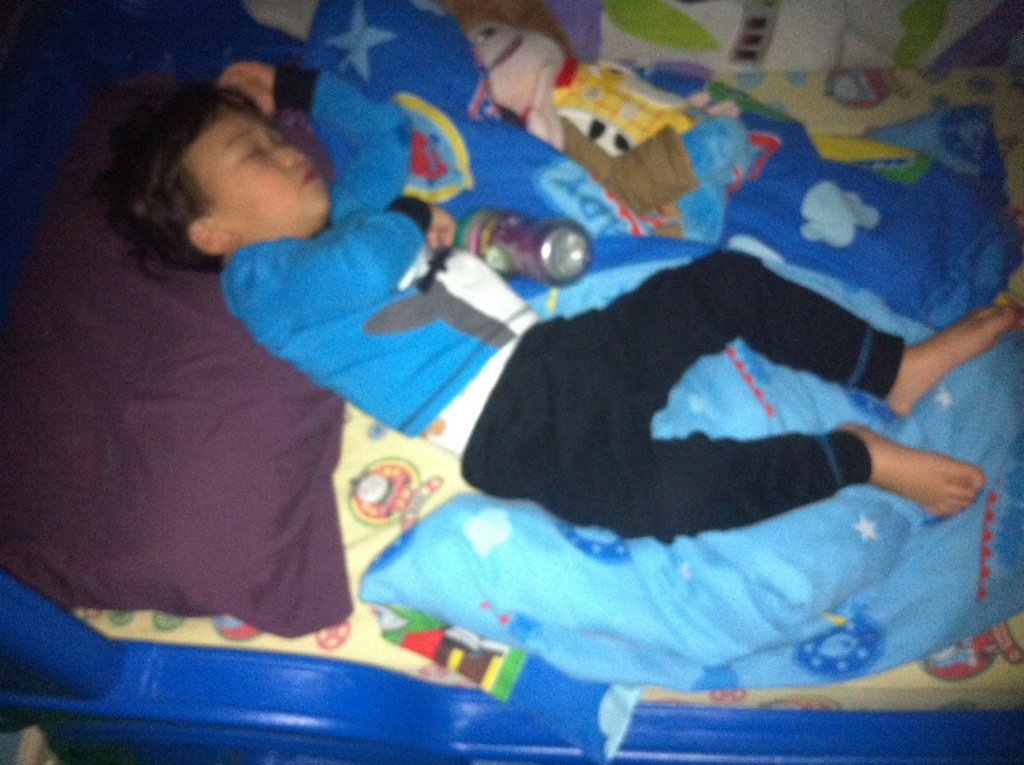